ASH II Helicobacter Hylori
Free shipping for orders over RM200.00
BUY RM 100 & ABOVE (LESS THAN 10KG), YOU WILL GET FREE DELIVERY TO YOUR DOORSTEPS! *T&C APPLY*

What is Helicobacter Pylori?

In order to survive the harsh environment of the stomach. H. pylori secretes an enzyme called urease, which converts urea to ammonia. The production of ammonia neutralizes the acidity of the stomach, making it more hospitable for the bacterium. Moreover the helical shape of H. pylori allows it to burrow into mucus layer, further increases their survivability.

Chemicals secreted by H. pylori will weaken the stomach lining. Thus, stomach cells will have a greater risk of being damaged by strong digestive fluids  such as gastric acid. Furthermore, as H. pylori establish themselves in the mucosal lining, they will cause inflammation and damage. Ultimately leads to gastric or duodenal ulcers and pain.

75% of gastric & duodenal ulcer cases are associated with H. pylori

Global prevalence of H. pylori is estimated at 50%

H. pylori is commonly transmitted person-to-person via saliva. It can spread via fecal contamination of food or water.

In developing countries, a combination of untreated water, crowded conditions, and poor hygiene contributes to the prevalence of H. pylori as well.

What are the symptoms?

Most people infected by H. pylori may not have any symptoms at all, but when it does its usually disturbing. Overtime if left untreated, H. pylori may lead to gastric cancer.

Hylori - an alternative to antibiotics

Hylori contains - Pylopass, Lactobacillus reuteri DSM 17648, which is a probiotic obtained through fermentation of human origin found in  breast milk which specifically binds with H. pylori.

This uni strain of Lactobacillus reuteri has a special mechanism that, when corresponds with H. pylori, it adheres to the surface receptors of H. pylori and is then excreted out of the body through the gastrointestinal tract.

According to clinical studies, complete eradication of H. pylori would be minimum of 3 moths. Patients are advised to take in 200mg of Pylopass, DSM 17648 per day, every day, for 3 months.

In terms of Hylori, it would be 2 sachets per day and a total of 6 boxes per treatment cycle. However, depending on the severity of the infection, certain patients may need up to 6 months of treatment. Therefore, we would recommend patients to get tested for H. pylori after the 3 month treatment period.

Also we would recommend patients to choose UBT (Urea Breath Test) instead of blood test, as antibodies may remain in the blood for around 12-18 months even after complete eradication of H. pylori. Whereas UBT will be able to detect active H. pylori infection due to nature of the test.

*Hylori has zero side effects and is completely safe for people of all life stages, including neonates, pregnancy, breastfeeding and elderly people.

Possible synergistic combination with other ASH II or DAWSON's products: I’m repeated customer. Seller good service and very prompt. Parcel also packed nicely. Everything is good and satisfy. Thank you and keep it up. 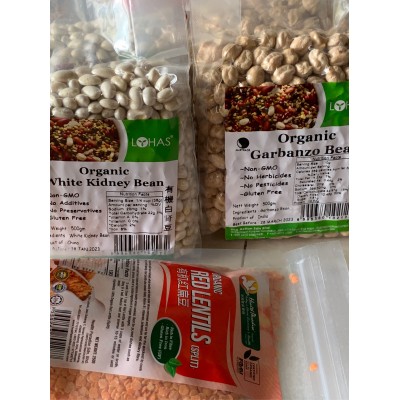